The Winner is The Netherlands

Money back as a bonus up to £40 if your first bet loses + £10 Casino
Sign-Up Today!
Bet Now
18+ begambleaware.org. New customers only. Min deposit £10. Money back as bonus if first bet loses. Wagering requirements: sportsbook 3x at min. odds of 1.40 (2/5), casino 35x. Unless forfeited the sportsbook bonus must be wagered before using the casino bonus. Bonus expires 7 days after opt-in. No deposit required for NI customers. Call 08081699314 to claim. Full T&Cs apply. #AD

Eurovision betting is extremely popular, with markets available throughout the year. Most online bookmakers in the UK offer odds on the outright betting and additional markets will be available once the semi-finals are completed. We have compiled a list of the bookmakers and their latest Eurovision odds.

* Odds are subject to change.

Making Eurovision predictions 2019 is a difficult task, with punters having to factor in the tactical nature of some of the voting. Here at BettingTop10, we take a look at which countries stand a chance of taking top honours at this year’s event.

It appears Britain’s Michael Rice has significant competition if he’s going to win Eurovision 2019 for the UK with his ‘Bigger Than Us’, if the performances from Semi Final are anything to go by.

Seventeen great acts took to the stage in the Semi-Final 1 of Eurovision 2019. There were some wonderful performances and the betting markets have responded accordingly after an exciting evening.

In terms of odds to win, Greece, Australia, Iceland, Cyprus, Serbia, Czech Republic, Slovenia and Estonia have all been moving in positive territory in the markets and firmly entrenched as the highest-ranked countries amongst the first semi-finalist nations.

Greece‘s Katerine Duska, Australia‘s Kate Miller-Heidke, and Iceland‘s Hatari round out the top three. The kinky hard rock outfit from Iceland are some distance behind Greece and Australia, but gaining ground after each performance. Cyprus‘ Tamta, Slovenia’s Zala Kralj & Gašper Šantl and the Czech Republic’s Lake Malawi are the best of the rest.

On Grand Final night, all eyes will be laser-focused on the performers’ vocals. Any note out of place, or performance mishap, and we can expect them to move out of contention very quickly.

See all the other big odds movers in the Eurovision 2019 betting market and a list of all 10 Grand Final qualifiers from Semi Final 1;

Darude – will represent Finland in Israel|

The United Kingdom’s Michael Rice faces an uphill battle to win only Britain’s 6th ever Eurovision Song Contest title, (and the island nation’s first title since Katrina and the Waves’ famous 1997 win) if the excellent quality of the performances in Eurovision’s 2019 Semi Final 2 are anything to compare to.

Despite the 21-year-old British pop sensation’s excellent performances of ‘Bigger Than Us’ in his rehearsals, he’s been somewhat overshadowed by the big Eurovision fan favourites who all came out strongly with outstanding performances in the second and ‘most loaded’ of the two Semi-Finals.

Britain’s most popular betting sites have all adjusted their odds following Semi Final 2 after the big favourites like the Netherlands Duncan Laurence with ‘Arcade’, Sweden’s John Lundvik with ‘Too Late for Love’ and Russia’s Sergei Lazarev with ‘Scream’ all put in stunning performances worthy of a Grand Final victory in their Semi Final appearances.

With Switzerland, Azerbaijan and Malta also wowing the crowd, Michael Rice will need to belt out the performance of his young life life to win the title for the United Kingdom.

See all Semi Final 2’s big Eurovision odds movers and shakers, plus all 10 Grand Final qualifiers from the superb and professional acts that took the stage in Tel Aviv in a second semi-final of the highest quality;

The UK’s Michael Rice wound up with an excellent spot in the Grand Final Running Order, coming out on stage in 16th position.

It’s great news for Michael and the UK as Eurovision winners generally perform in the second half of the draw.

Netherlands is the firm favourite to win Eurovision 2019 with Duncan Laurence performing “Arcade”.

Sweden is right amongst the odds for Eurovision 2019 and they will send John Lundvik to the event where he will perform “Too Late for Love”.

Representing Switzerland will be 24-year-old Luca Hänni and he’ll perform “She Got Me”.

Representing Spain will be Miki after she won the local competition – Operación Triunfo. She will be performing “La venda”, which was written by Adrià Salas.

For the United Kingdom, Michael Rice will belt out “Bigger than Us” during the 2019 event. Rice is a 21 year old pop singer and he won “Eurovision: You Decide” in the UK. The song is written by four different artists.

As the winner of Eurovision – Australia Decides, Kate Miller-Heidke will represent her country at the 2019 Eurovision event. She will singing “Zero Gravity”, a song that was co-written by herself and her partner.

France will send Bilal Hassani to the 2019 event as he won their local contest “Destination Eurovision 2019”. He will be singing “Roi”, which was written by himself.

Italy’s entry for 2019 will see Mahmood perform “Soldi”. Mahmood was selected after winning the Sanremo Music Festival 2019 in Italy. “Soldi” is a hip-hop track with some Arabic influence.

Portugal is expected to compete for the final and 30-year-old Conan Osíris will sing “Telemóveis”.

Cyprus is a mid-priced favourite for the 2019 event and they’ll be represented by Alex Papaconstantinou.

The hopes of Iceland will rest with Hatari, a techno and punk rock band that will sing “Hatrið mun sigra”.

Greece isn’t one of the top favourites for 2019 to win with 22Bet and they will send Katerine Duska to Tel Aviv.

Norway is at long odds to win Eurovision in 2019 but that won’t stop Norwegian supergroup “KEiiNO” from belting out “Spirit in the Sky”.

Speaking to Israeli TV, Netta said she looked forward to the world seeing “an Israeli carnival” when Tel Aviv hosts the contest.

If you haven’t heard of Eurovision before then you must have been living under a rock. The Eurovision Song Contest is the world’s largest and longest-running annual TV song competition. Performers from all over the world battle it out in song, dance and stage antics to be crowned the winners of Eurovision.

It’s not only popular with pop lovers, but it’s also a major event highlight in the bookmakers calendar. Punters from all over the world place their bets on which countries will make it to the final, and who will be the ultimate winner of Eurovision.

Back in 1999 when Israel last hosted the Eurovision Song Contest, the nation broke new ground with 2 women and one man hosting the show. After we had an all-female hosting team last year in Lisbon, and an all-male team in Kiev in 2017, in May 2019 at Tel Aviv’s International Convention Centre, we’ll enjoy a diverse group of four hosts. Meet the Team!

Bar Rafaeli – The 33-year-old beauty and international supermodel was the first Israeli model to appear on the cover of the Sports Illustrated Swimsuit issue. Bar has a plethora of experience in broadcasting and presenting, creating her own model casting show, ‘Million Dollar Shooting Star’ for German TV in 2012 and has been the long-time host of the Israeli version of The X Factor since it began in 2013.

Erez Tal – Another former long-time reality TV host in Israel, Erez has 25 years of broadcast experience including 10 seasons of ‘Big Brother,’ and creating and hosting ‘The Vault’ which has been sold to more than 25 countries!

Assi Azar – Co-hosted ‘Big Brother’ for many years with Erez Tal, and the two developed a famous, fun and dynamic chemistry. Considered to be one of the top 100 Most Influential Gay celebrities worldwide, Assi’s credits also include hosting Israel’s ‘Rising Star’ (Israel’s Eurovision song selection process).

Lucy Ayoub – The youngest of the group at 26, Lucy is considered to be Israel’s most promising rising star, who has recently found fame, earning a name for herself as a YouTube broadcaster and personality, and as a poet and KAN TV and radio presenter. She also has Eurovision experience, selected to be Israel’s spokesperson in the 2018 Eurovision Song Contest in Lisbon.

The Eurovision Song Contest is an international song competition held primarily among the member countries of the European Broadcasting Union (EBU).

Each participating country submits an original song to be performed on live television and radio, then casts votes for the other countries’ songs to determine the winner.

Eurovision was initially conceived as a way for war-torn Europe to interact collectively through the form of a light-entertainment television programme.

The first contest was held in Lugano, Switzerland, during May 1956. Seven countries participated, with each submitting two songs. This was the only contest in which more than one song per country was performed. Switzerland were the first-ever winners of Eurovision.

Since 2000, France, Germany, Spain and United Kingdom have automatically qualified for the final, regardless of their positions on the scoreboard in previous contests. Italy were added to that list in 2011 and the quintet are now known as the ‘Big Five’.

The system of two semi-finals was introduced in 2008, with the ten countries who receive the most votes in each qualifying for the final alongside the ‘Big Five’ and the hosts.

Winning Eurovision often provides a career boost for artists, but this rarely transfers into long-term success. However, Abba (1974) and Celine Dion (1988) are notable exceptions to this rule. The winners of the 1981 contest, Bucks Fizz, also launched a successful international career.

Dana, Brotherhood of Man and Johnny Logan are other winners who went on to make their mark in the music industry, while the likes of Katrina & the Waves and Sandie Shaw were already established acts when they claimed top spot.

Israel’s Netta Barzilai was a hugely popular winner in 2018, with punters backing her down to odds-on during the run-up to the contest.

She drifted out to 7/2 after the two semi-finals were completed, but an energetic performance in the final saw her secure first place with 529 points. Cyprus were second with 436 points, while Austria (342), Germany (340) and Italy (308) rounded off the top five.

Russia and Sweden are amongst the favourites to win Eurovision 2019, with the likes of Ukraine, Italy and Australia also prominent in the outright betting market. 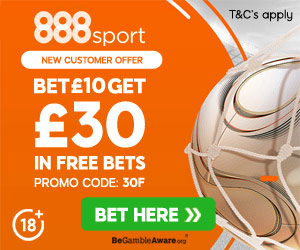 What you can bet on?